When I saw the coming out demo of Microsoft’s Photosynth technology done at the TED Conference over a year ago, I was totally blown away. 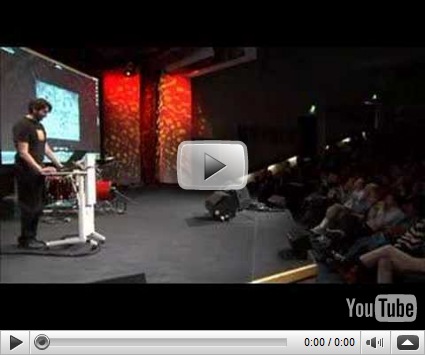 Photosynth automatically assembles a set of individual photos of a particular subject into a three dimensional, explorable universe of the scene. The more photos, the more detail and the more explorable the final “synth.”  It differs from stitching – the process of aligning and joining several overlapping photos to create a single larger image – in that the resulting image is a space rather than a flat 2D image.

When the public beta was introduced a couple of months ago, I was all over it.  I played with other people’s synths and was impressed.  But, of course, I had to give it a go myself.  I decided to throw what I thought would be a difficult scene at it – one with trees.  Trees always give stitching programs fits and, as it turns out, they do the same for Photosynth.  There are just a whole lot of edges to align.

I took 144 photos of a location (you don’t need to take that many, but I wanted to see how complete a scene I could create) from every angle I could get to.  Photosynth cranked on the photos for a while and broke the scene into many different views.  There should have only been one, but the program couldn’t match up the views to form a single synth.  The results are below.

Photosynth reported that my 144 photos were only 23% “synthy.”  Basically, Photosynth could only make heads or tails of 23% of my photos in creating the final synth.  If you look at the synths on the web site, you’ll find excellent ones that are >90% synthy like The Boxer.

The user interface for creating synths is very simple and the program creates synths with virtually no user intervention.  Exploring synths is a different matter.  The browser interface is a bit strange to me.  I’m never sure what the arrows and buttons are supposed to do, even after trying them.  I may be using it to its fullest, but I may be missing the point entirely.  A few more tooltips might be helpful.

You need to download the Synther, which runs on your PC (no Mac support yet).  The Synther will upload the synth to servers in the cloud.  You’ll need a Microsoft Live ID to use the service.  For now, all uploaded synths are public.  Everything is free.

I think this technology has tremendous promise and I plan on playing with it a lot more.  Of course, I’ll report back on my findings.  In the mean time, you may want to give it a try.  It’s easy and very cool.

Kodachrome is Dead. What Can You Learn From Its Death?

Livin’ in the Cloud

The Merging of Video and Still Imagery

Kodachrome is Dead. What Can You Learn From Its Death?

Livin’ in the Cloud

The Merging of Video and Still Imagery