I am fortunate to have a 2002 BMW E46 M3 convertible. It’s a great car that I love to drive. Unfortunately, it has auto electronics circa 2001 (when I actually purchased the car). About a year into owning it, I decided that the trunk-mounted CD player just wasn’t going to cut it. I had a huge number of ripped CDs and even though downloadable MP3s weren’t quite readily available yet, I knew that they would be broadly available soon. In searching for a way to play MP3 files through the standard radio interface of the car, I found the Holy Grail. Well, it seemed that way at the time. A removable disk-based MP3 player that used the existing BMW wiring to connect to the standard head unit in the dash. All praise the PhatNoise PhatBox. 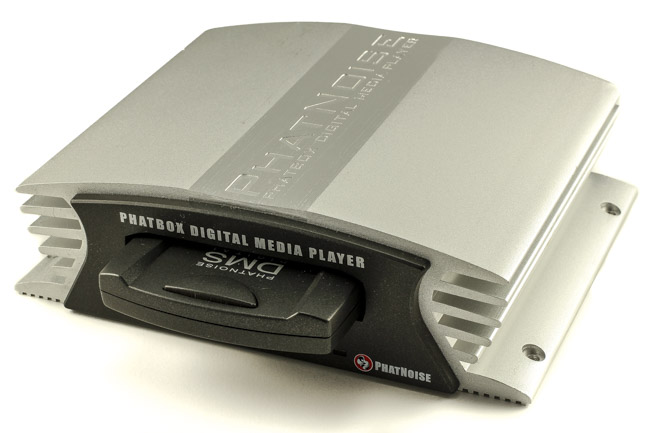 The idea was great, a device with a removable disk drive (20GB!) that used the same cabling as the target vehicle. In my case, a 3-Series BMW. The drive could be removed from its semi-permanent home in the trunk of my car, inserted into a docking port connected to my computer and synced with my MP3 database of tunes. What could possibly go wrong, right? A spinning disk in an enclosed space without any climate control and subject to the shaking, rattling and rolling of a tightly sprung sports sedan. Perfect conditions for a fast-spinning disk drive . . . Not.

Well, this device has been a rock-solid stud. Almost never a skip or a missed beat, even on washboard New England roads in 90 degree heat and equal humidity. The PhatBox never failed to play all my favorites. On call, all the time. Along the way, I lost the docking station and stopped updating the music on the PhatBox. No matter really, since I mostly listen to classic rock and there’s not a lot of that coming out these days by definition.

The PhatBox is a seriously great product. Not only did it put up with being in the trunk of a car for the last dozen years, for its day, it was an exhibitionist of great engineering. PhatNoise dealt with the limited interface on the BMW Nav/Infotainment unit by synthesizing voice directives so that they could use the limited number of buttons available to multiplex several functions. When a button is pressed once, the PhatBox announces, “the current playlist is XYZ.” When pressed again, the next playlist is announced. Easy smeazy. The synchronization app worked flawlessly – much better than Apple’s abomination, iTunes. No muss, no fuss and it didn’t even cost a lot. Yeah, sure, I had to fabricate a mounting bracket for it so that it fit where the old CD changer was mounted, but that was just a few hours of work. Unfortunately, it appears that PhatNoise couldn’t keep up. They appear to still be in business, but no longer sell the PhatBox. The solid state, iPod dominant ship came ashore and sailed and PhatNoise didn’t get on board. 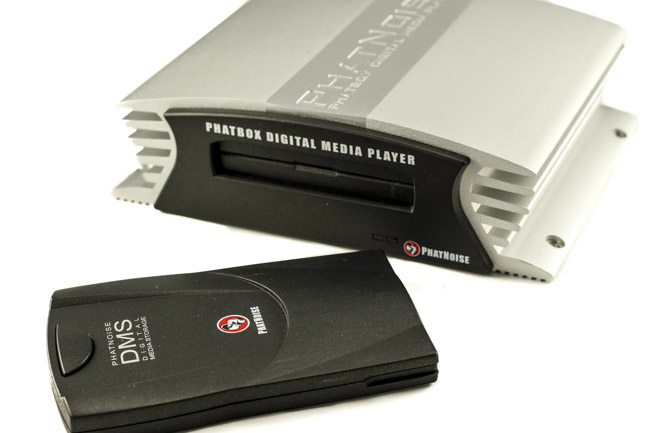 So, today, the PhatBox got lovingly removed from the M3 (these photos are of my PhatBox after removal from the car). It’s brought me loads of joy over the years, but my inability to update it – a man can’t live on classic rock alone, after all – has forced me to move on. I replaced it with an Audiovox Mediabridge that uses an external iPod or USB memory stick loaded with MP3s. It also has a Bluetooth connection and can wirelessly connect to my phone. It’s not like landing on Mars or anything, but it is an advance in technology.

PhatNoise created a terrific product that has brought me loads of enjoyment over many years. It’s too bad that they couldn’t make a go of it and bring all their great engineering prowess into the present. I have incredible respect for the people who built the product. It’s been a total blast to use for all these years.